I've written the next book in my witch cozy under my pen name of April Fernsby. It's now live and it's free today and tomorrow - 1st and 2nd September.


Cassia Winter is a witch. With the help of her cat, Stanley, she investigates crimes in the magical town of Brimstone. This story sees them dealing with the death of a banshee called Dana Murphy.

On the morning of her death, Dana Murphy’s dying scream produces a huge amount of energy that rushes through the town of Brimstone. The energy makes its way to Cassia’s world and sends her flying off her feet. Upon entering Brimstone, Cassia is told that as the town banshee, Dana predicted many deaths - but apparently not her own.

Cassia and Stanley investigate Dana’s death and are confronted with the grim reality of how she died. They discover that more than one resident in Brimstone had a reason to put an end to Dana’s special talent.

As well as dealing with the murder investigation, Cassia is confronted with help from an unlikely source. Stanley immediately feels uneasy, and that unease grows as they delve further into Dana’s murder. 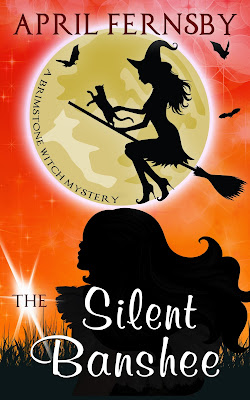