A Ghost In The Theatre

The next Ruby and Nessa is now out. It's a longer one and there is more than one ghost to contend with. And more than one secret they uncover ... 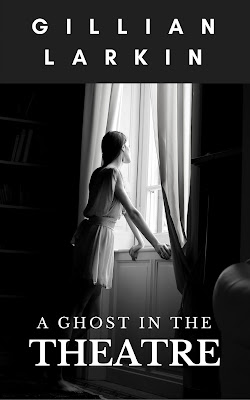 I was inspired to write these stories after reading a book called Haunted Leeds. We've got a theatre and a music hall in the centre of Leeds, and both are apparently haunted. I combined both aspects of the buildings in my story.  I had a visit to Leeds to get some photos of these lovely buildings.

This is The Grand. Built in 1878. I've been here to see Wicked, Grease and Joseph. It's a beautiful building. 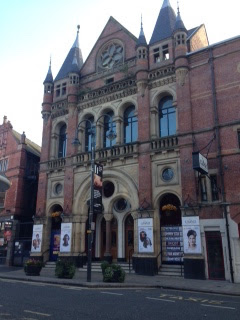 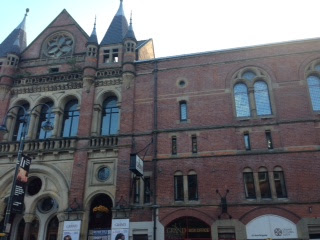 In contrast, this is the alley way that leads to City Varieties Music Hall. A TV show called The Good Old Days was filmed here for years. I've been to see a few comedians here. 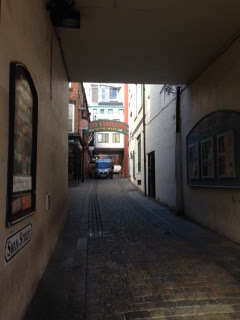 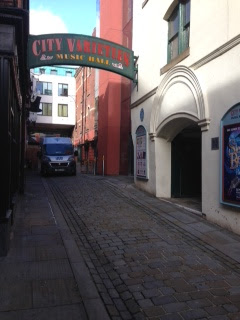 Here is the oldest church in Leeds, St John's. Built in 1632. I walked through the gardens on my way to the theatre. Unfortunately, the paved area is made of gravestones and you have no option but to walk on them. I sent a silent apology over each one as I walked across. 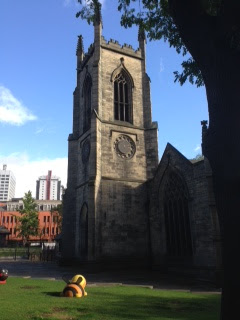 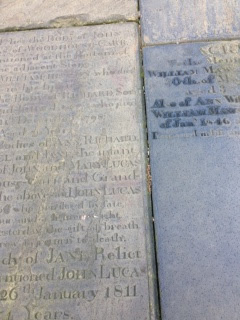 Another old church I walked past is Trinity Church. Built in 1727. It's in front of a new shopping centre which is called Trinity. The shopping centre has a clear roof and you can see the church spire through it. 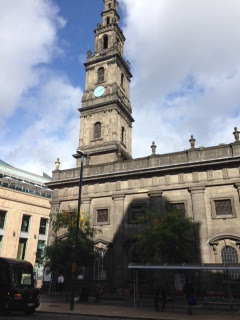 Posted by Gillian Larkin at 12:17 No comments: