Instead of listing every book individually I've put links to the various ebook retailers that stock my book - you'll also see the free books on each site:

Jacob's Coins:
This is the first story in the Storage Ghost Mysteries

A short mystery story about storage locker ghosts.
Following their parents’ sudden death, Frankie and Grace Abrahams are left with crippling debts and an almost empty antique shop.
Frankie has watched countless TV programmes about storage locker auctions and is convinced that he has what it takes to succeed in the business. He drags Grace to a nearby auction. Frankie is excited about making his first bid, he doesn't know that Grace can see ghosts in the lockers.
Frankie buys his first locker, complete with a 17 year old ghost. The ghost looks so sad that Grace can’t help but talk to him. She soon finds out why he is attached to the locker. He asks for her help. Grace doesn't know how she can help him, she’s never even spoken to a ghost before – she just knows that she has to try. 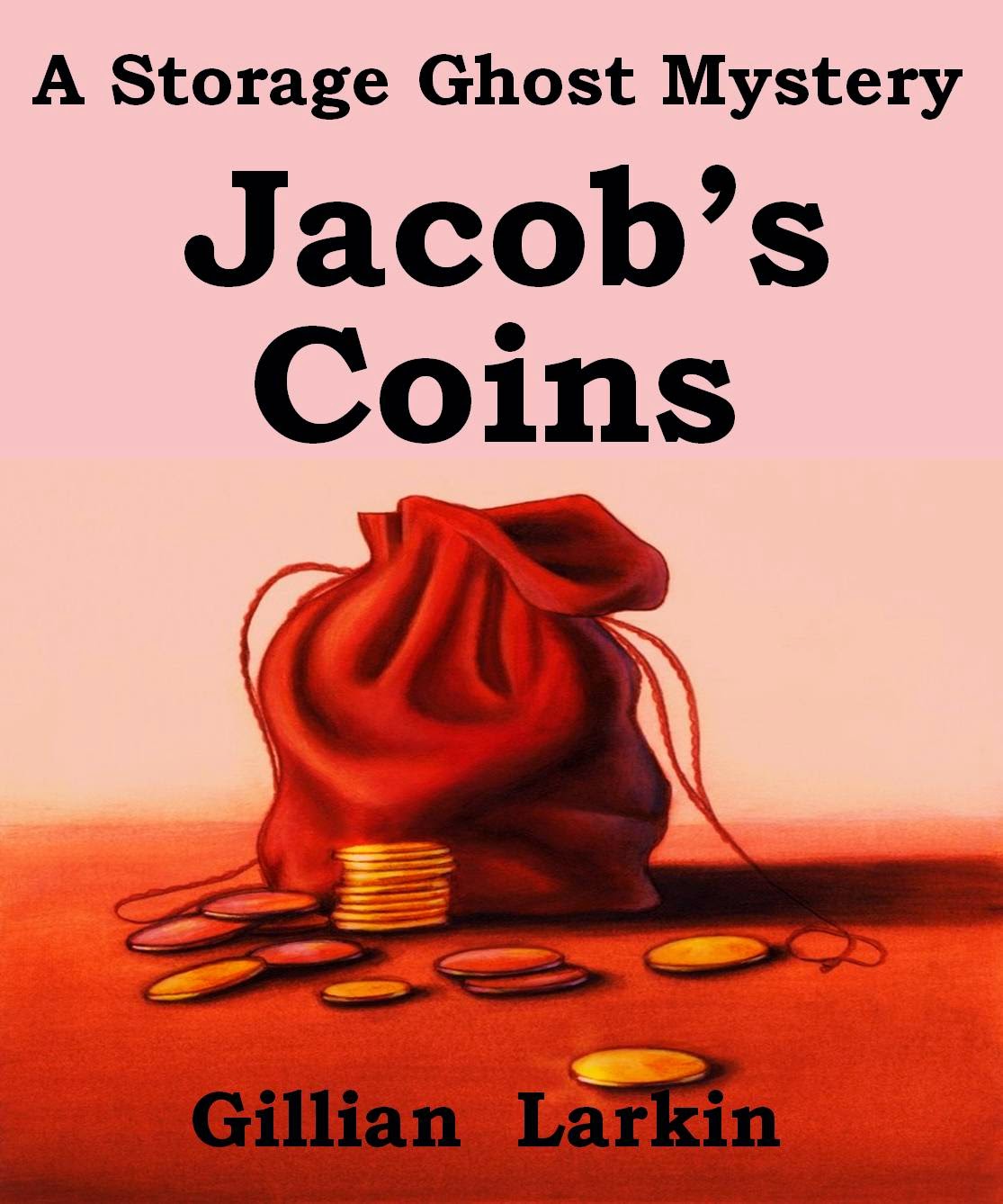 Lost and Found
Grace and Frankie Abrahams have been left with an antiques shop and crippling debts following their parents’ sudden death.
Frankie is an avid viewer of storage locker auction shows and is sure that he can buy items for their ailing shop from nearby auctions. He takes Grace with him to find hidden treasures.
He doesn't know that Grace finds ghosts at the auctions, ghosts that need her help.
In this story Grace meets Clive. Clive has lost something but he doesn’t know what, he only knows that it’s extremely important that he finds it. Clive is in such distress that Grace feels that she has to help him. This leads her to discover a heartbreaking story of lost love. 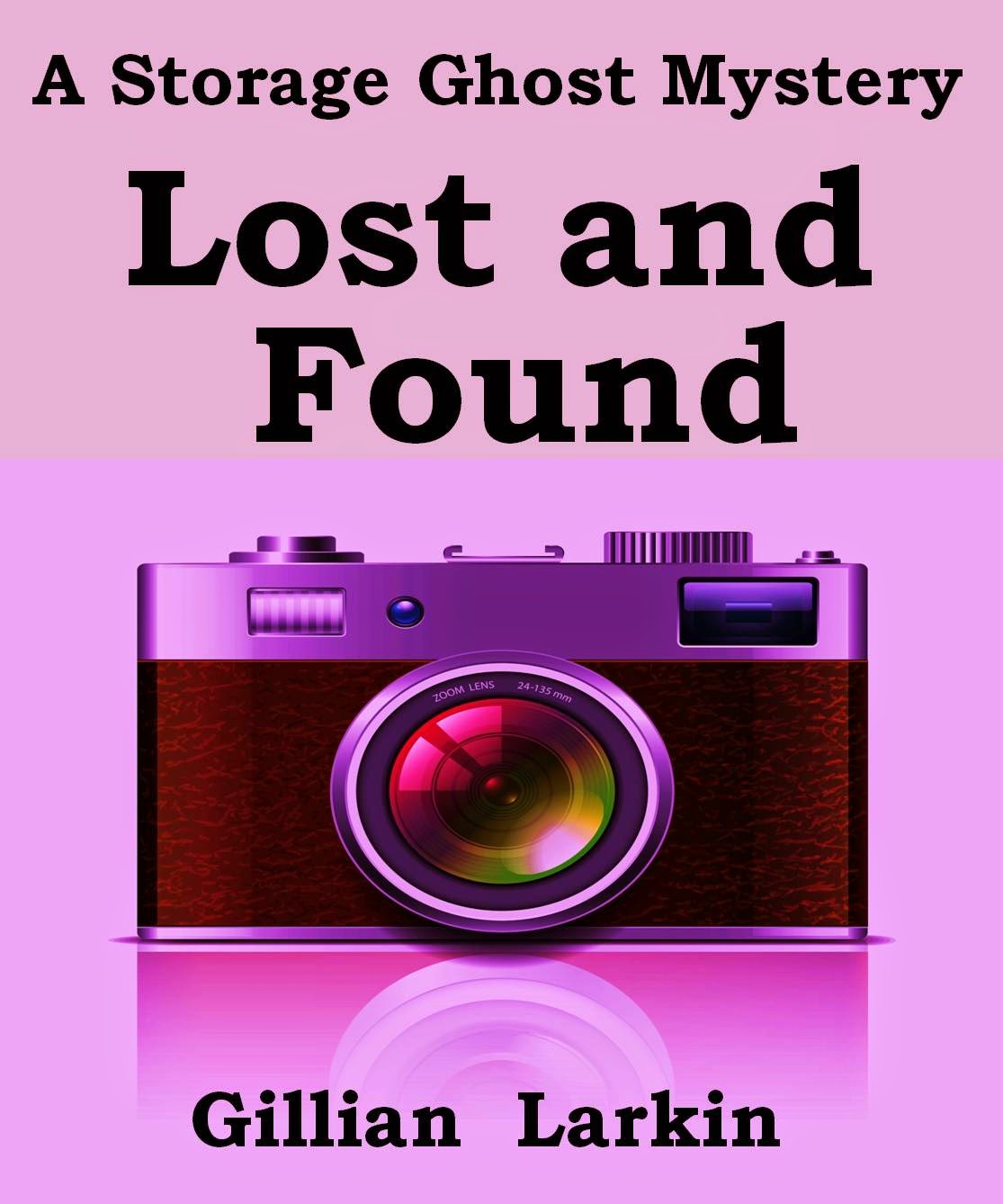 Tick Tock
Grace and Frankie Abrahams own an antiques shop that was left to them by their parents. They also own the massive debt that their father incurred. A loan shark, Eddie Tominski, is now threatening to take away their beloved shop.
At a storage locker auction Grace sees the ghosts of Lynne and Tom Opendale. They were friends of her parents. Grace asks how she can help them. Tom replies that it’s Grace that needs help – they are going to lead her to the person who murdered them, and who also murdered her parents. 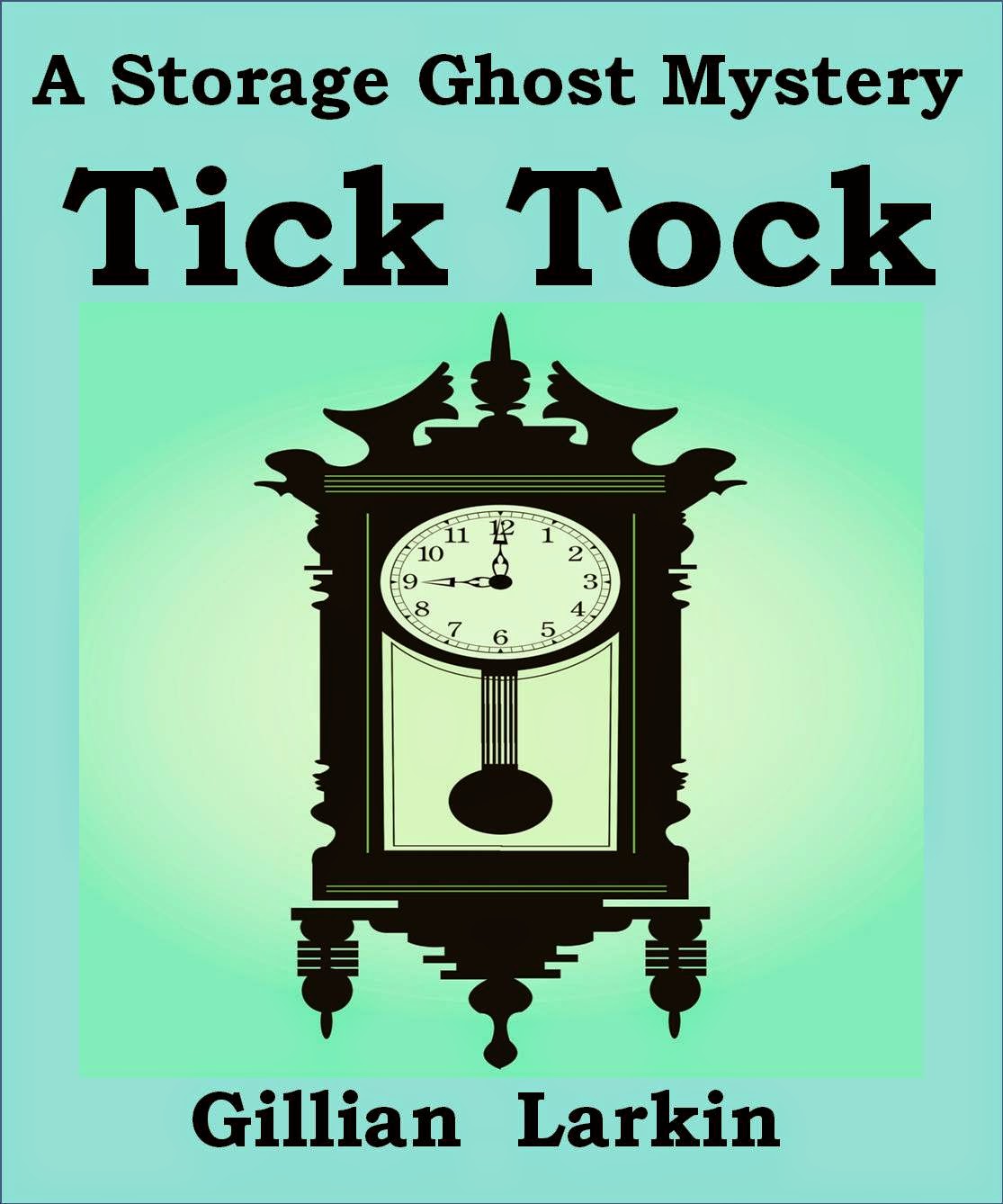 The Write Dream
Following their parents’ sudden deaths Grace and Frankie Abrahams are left with an antiques shop. Grace nearly died in the car accident that killed her parents, she is now left with the ability to see ghosts.
Frankie has started to build up stock for their shop by buying storage lockers. Grace has started to help ghosts that are attached to items inside the lockers.
In this story Grace meets a heart broken mum, Marie Braithwaite. Marie died when her son was 14, that was 5 years ago. Marie instinctively knows that something is wrong with her son and she wants Grace to help her.
Grace agrees to do so but soon runs into obstacles ... 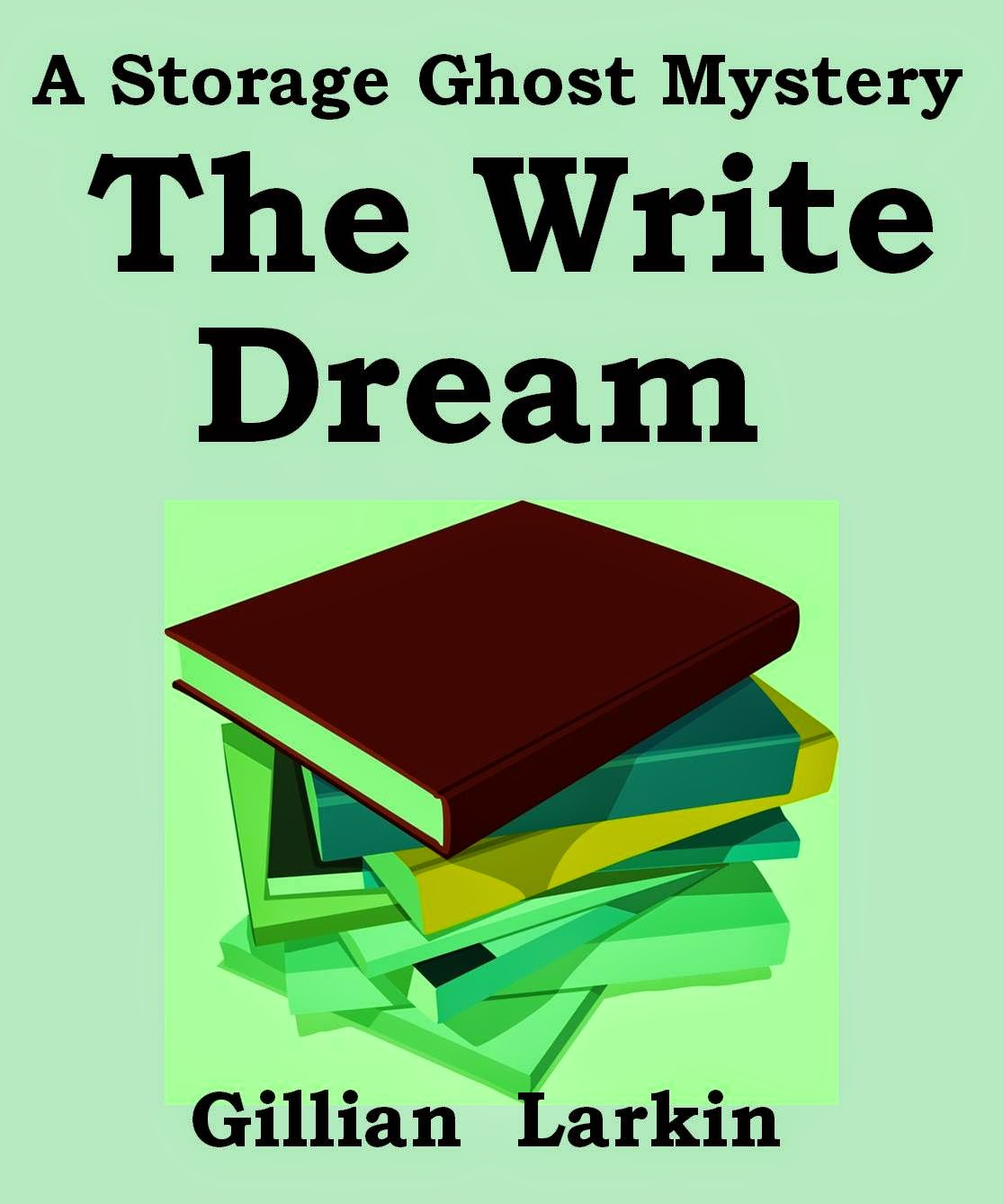 Here is the first book in the series :

Julia Blake runs her own cleaning business.
The first time she sees a dead body is when she discovers one of her clients, Mark Castle, lying dead on the floor of his luxury apartment.
She remembers things that Mark mentioned to her a few days before his death, things he was worried about.
A bottle of pills is lying open at Mark’s side, but they’re not his usual ones.
And why is his computer playing a continuous game?
Julia soon suspects that Mark was murdered. He was a good friend and she is determined to find out who killed him. 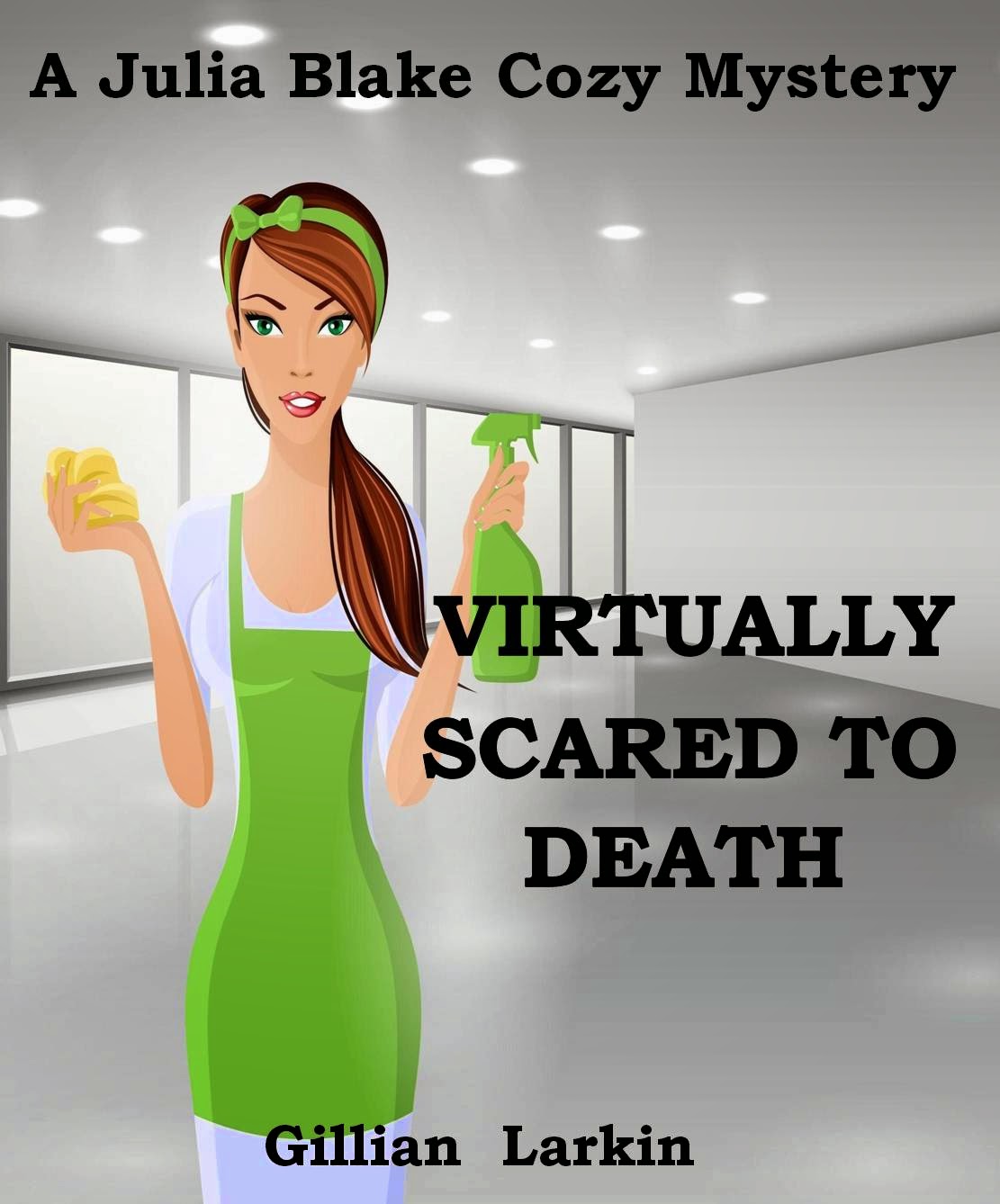 And here is a lovely review that was posted on Amazon Com within days of the book being published. I was a bit worried that I had made the murderer too easy to spot!

'Just finished with this short story and it was pretty good. It was well written, clues seem to lead in a couple of directions and then took an unexpected twist at the end.'

Julia’s neighbour, Leo Kennedy, is having restoration work done to his house. He’s managed to upset neighbours and builders in the short time that he has lived there.
One night, Julia hears the sound of something breaking next door. She goes to investigate and finds Leo dead in his front room. It looks like he’s been murdered.
When DI Clarke asks if Leo Kennedy had any enemies Julia has to tell him that Leo had many.
But who would kill Leo? And for what reason?
Julia soon becomes involved in the investigation, and it is something seemingly insignificant that she spots that leads to the arrest of the murderer. 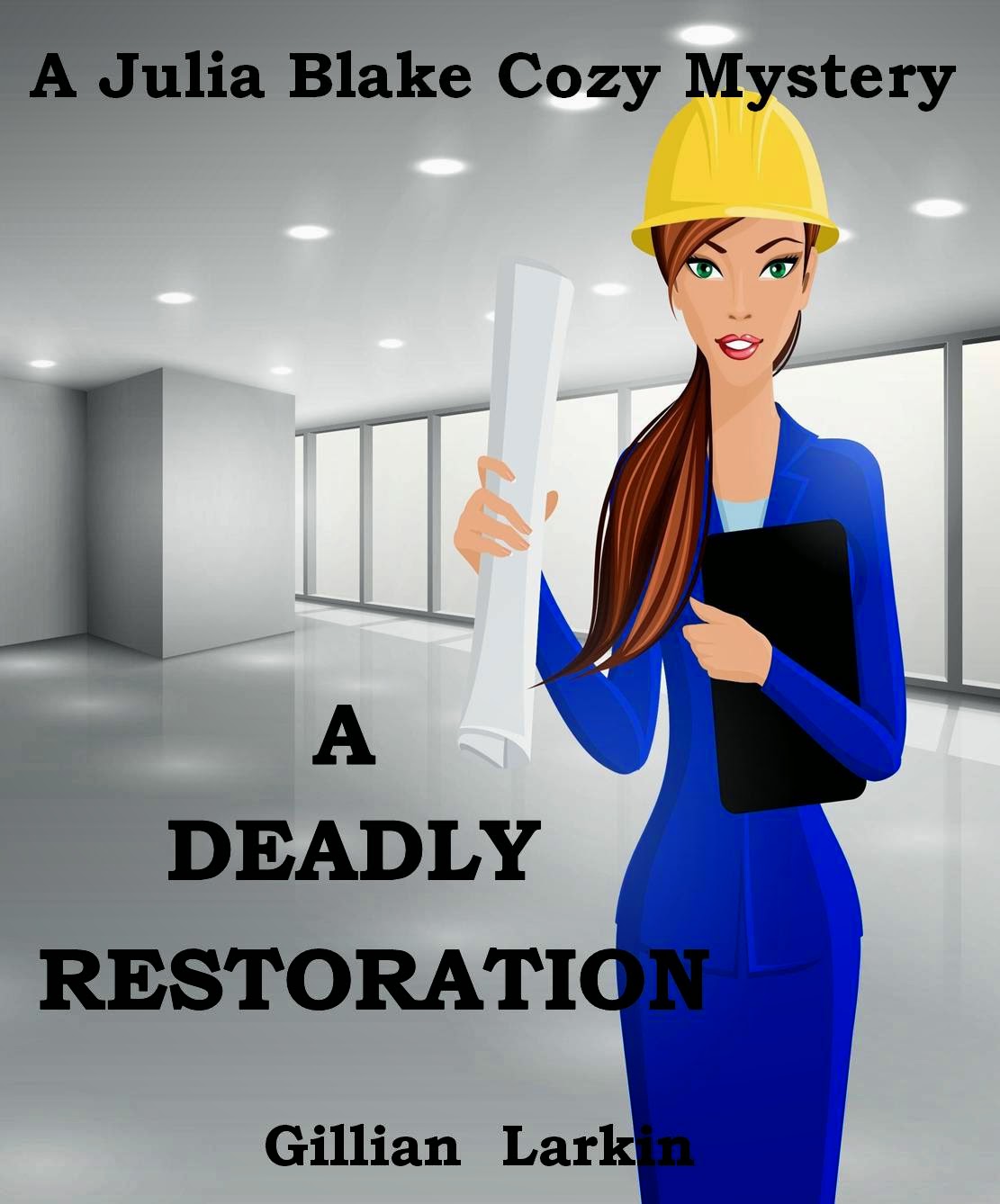 Julia Blake runs her own cleaning business and has been working for Fiona Doyle for a few years.
When Fiona’s daughter has a party Julia helps her sister to do the catering. Fiona is in a bad mood as she tries to organise everything. Julia can see that Fiona needs a rest and suggest she has a lie down.
An hour later Julia discovers that Fiona has been suffocated in her bed.
Which one of the party guests killed Fiona? Julia is determined to find the murderer. 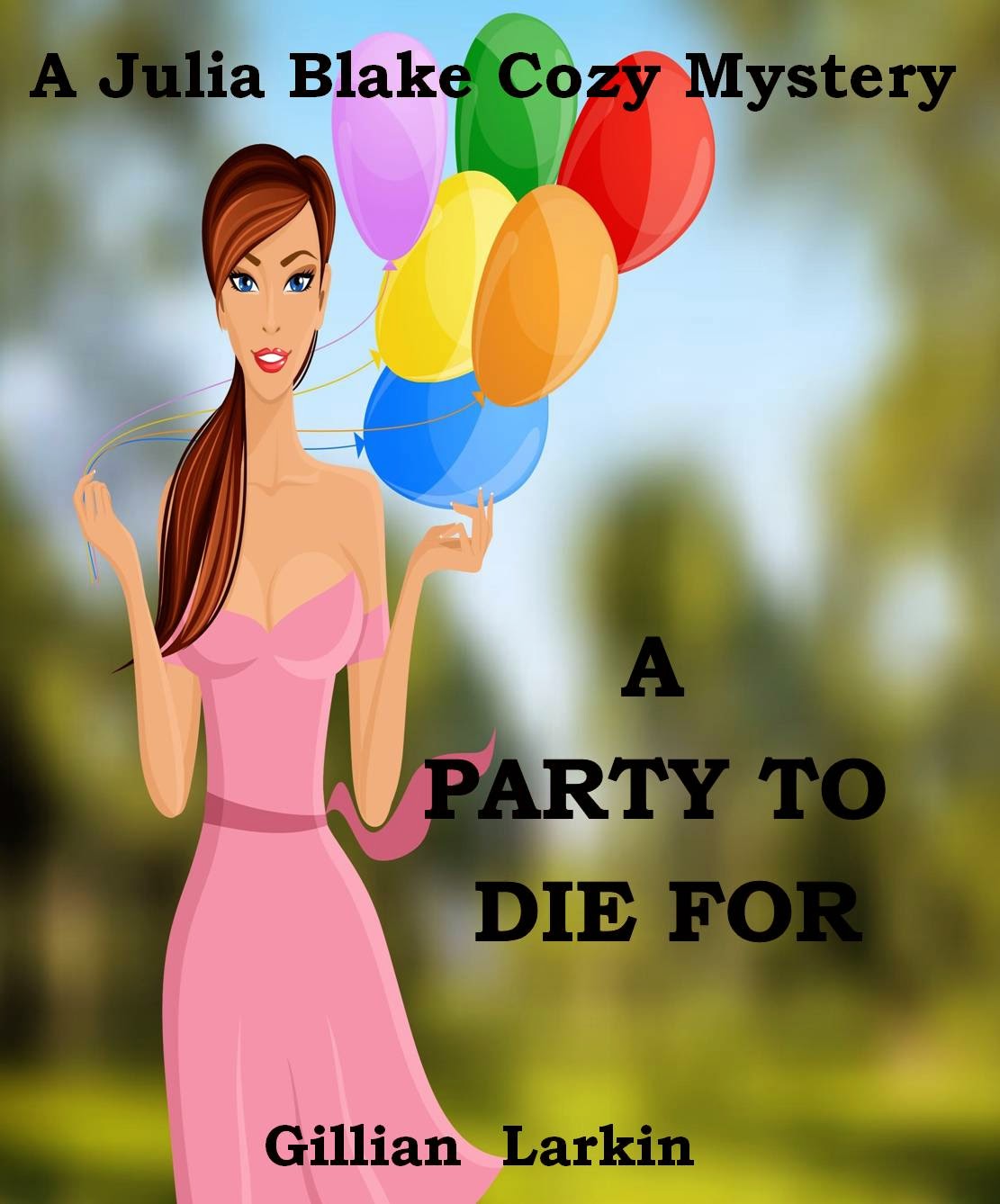 
Here is a list of my paranormal mysteries. I am planning on adding more soon.

Second Hand Ghosts
I got the idea for this series by looking in the charity shop windows in my home town. We have about 8 of them on one street! I was intrigued about the items donated and wondered what would happen if a ghost was attached to an item.

Not all the visitors to ‘Second Hand Rose’ are alive.
Rose owns a shop called ‘Second Hand Rose’. Not all of the customers are alive; some are ghosts that ask Rose to help them with their unfinished business. Kate works with Rose and doesn't know anything about the ghosts until Rose asks for her help. Kate has a young child and doesn't want ghosts hanging around her, so she says no to Rose.
But then something happens and Kate has no choice but to help the first ghost that needs her assistance.
In this first book, Kate helps a ghost who got into trouble because he just couldn't resist a final bet. 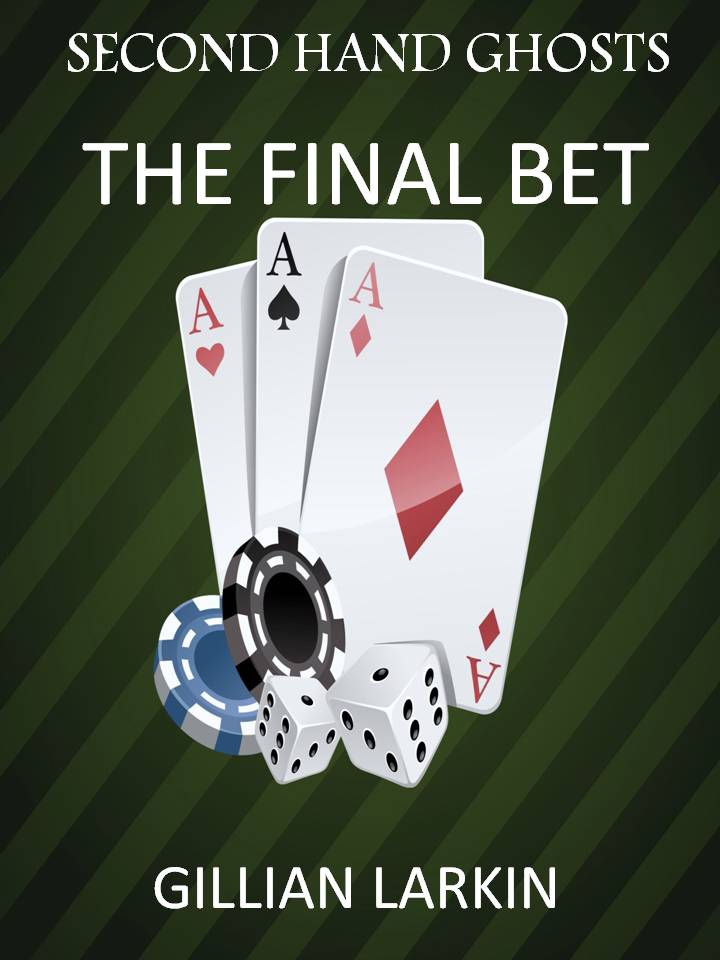 The owner of ‘Second Hand Rose’ has died. Before she died she asked Kate to help her with her other business: that of assisting ghosts who need help.
In this second book, a ghost is looking for her lost baby. The ghost was told that her baby had died at birth – but she just knows this isn't true. Kate is so upset by the ghost’s plight that she agrees to help her. Kate has no idea of the tragedy that she is about to unravel. 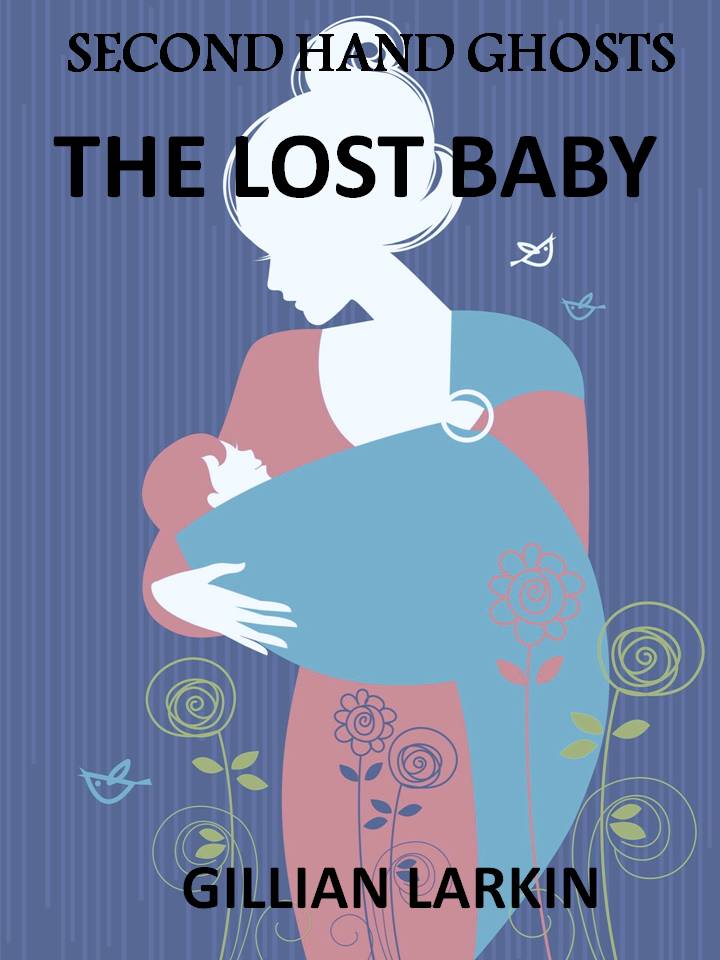 In this third book, Kate meets a teenage boy who fell from a bridge. He’s surprised to find out that his mum has given away his most treasured possessions and thinks he did something wrong when he was alive. Kate hopes this will be a straight forward case of clearing up a misunderstanding, but an evil soul collector is after the young boy and he’s determined to stop Kate from helping him. 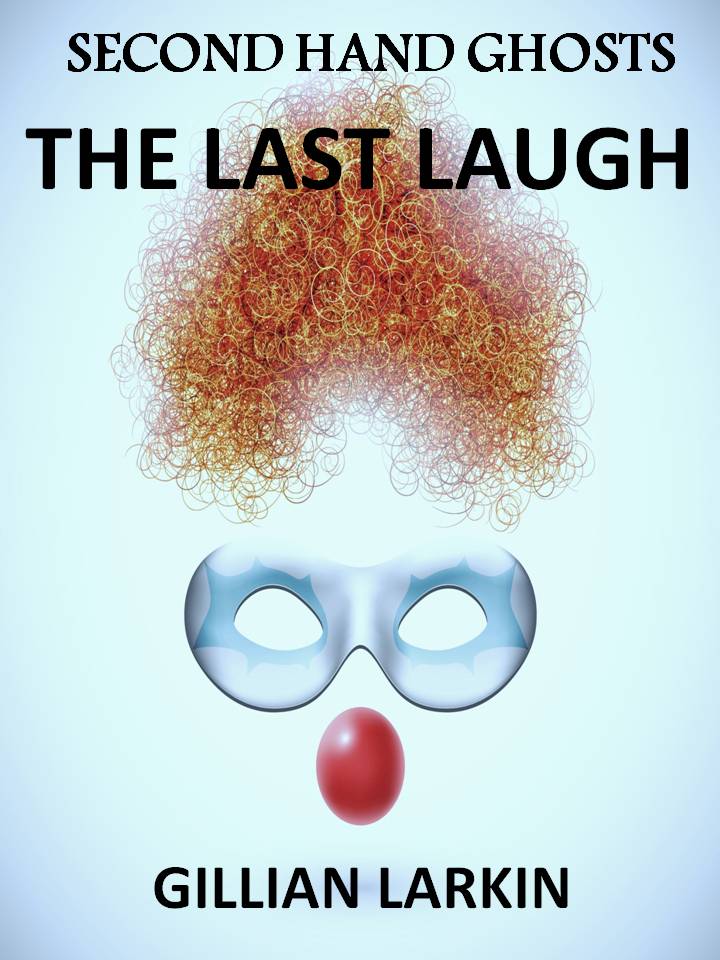 It has been one month since Rose, the owner of ‘Second Hand Rose’ died. Kate and Carol have been left joint ownership of the shop.
Kate also promised Rose that she would help ghosts with unfinished business.
In this fourth book, a pile of paintings are brought into the shop – along with the artist ghost. The ghost asks Kate to find his one true love, Sally Braithwaite, as he needs to say sorry for what he did to her. He won’t tell Kate what he did until she finds Sally.
All Kate has to do now is find Sally based on a picture drawn years ago... 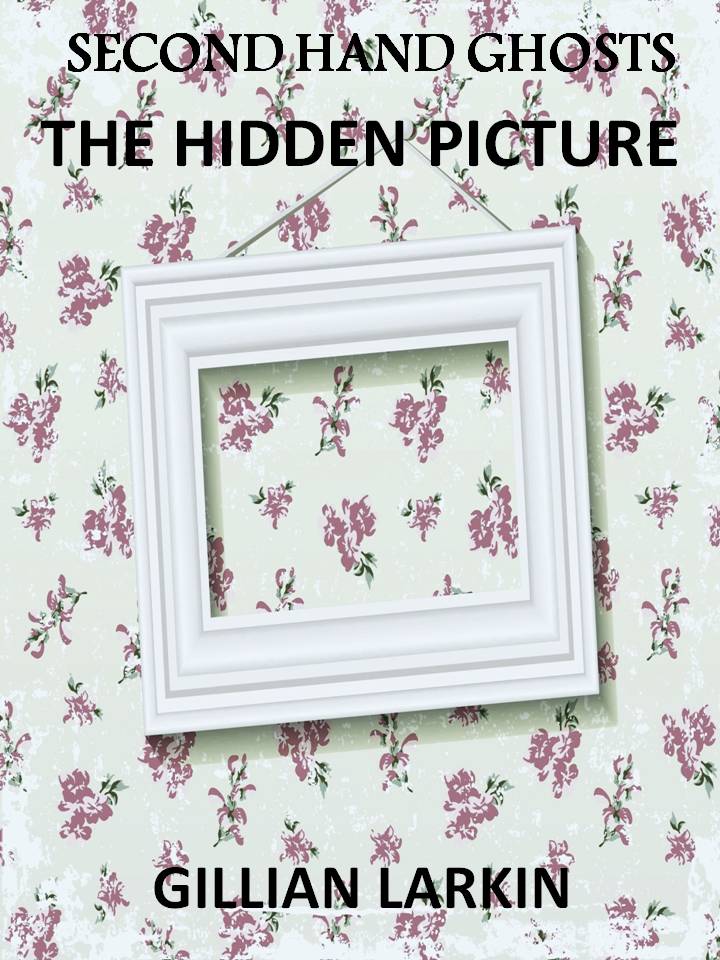 It has been several months since Rose, the owner of ‘Second Hand Rose’ died. Kate and Carol have been left joint ownership of the shop.
Kate also promised Rose that she would help ghosts with unfinished business.
In this fifth book, Carol finds a box full of birthday decorations and suggests that Kate use them for her daughter’s upcoming party. Kate checks for ghosts and can’t feel that any are attached to the box. She takes the box home.
On the drive home, her daughter, Emily, tells her that there is a ghost in the car with them. A ghost of a little girl.
Do the party decorations belong to her? How did she die? And why can’t Kate see this ghost? 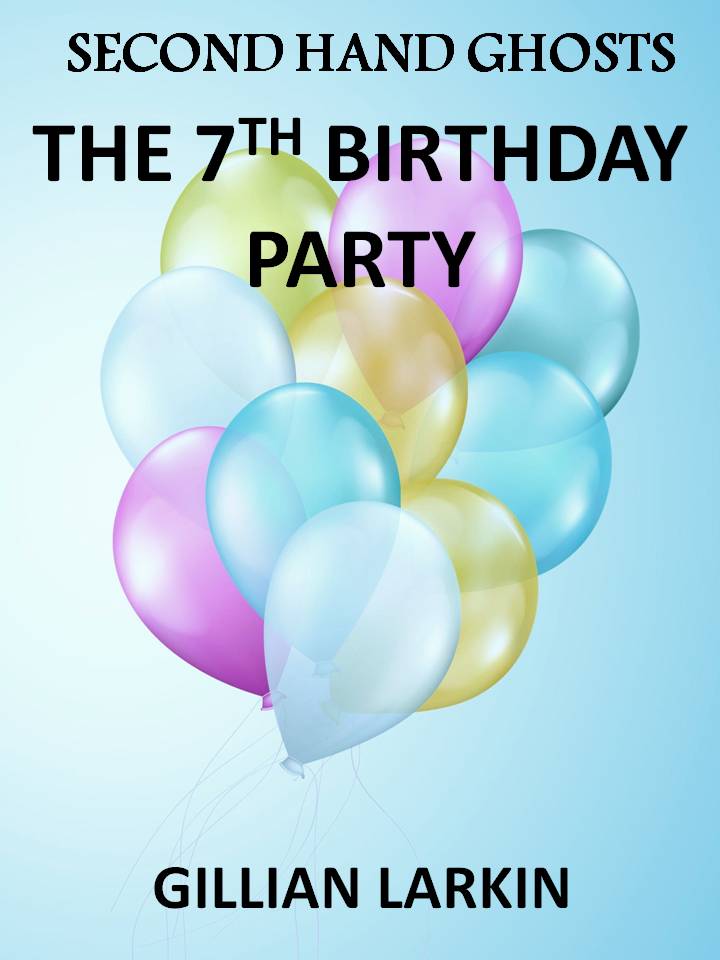