If you like cozy mysteries with a paranormal element,  you'll like 'As Dead As A Vampire', It is free today and tomorrow - 11th and 12th June.

As Dead As A Vampire:

There’s an increase in the illegal use of black magic in Brimstone resulting in the crime rate escalating. Taking her gran’s advice, Cassia takes up residence in town so she can observe anyone who’s acting out of character.

It’s not long before Cassia comes across the murdered body of a vampire. Cassia discovers he was a particularly nasty vampire who had countless enemies – and there are many residents who are happy to see him dead. But which one of his enemies actually killed him? 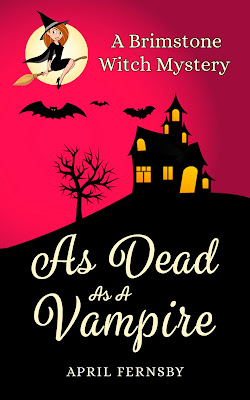