The next Storage Ghost Mystery is out, and this involves vampires! You can read this one for free if you've got Kindle Unlimited.


'Grace Abrahams helps ghosts who can’t move on until their problems have been solved. The ghosts she meets are attached to items found at storage locker auctions.

Vince is the ghost of a young man who is attached to a coffin. He’s confused when he appears to Grace, and can’t remember the details of his life, although he does recognise the coffin. He jokes that he might be a vampire.

His joke turns sour when his personality abruptly changes and he’s transformed into a nastier version of himself. And this version is intent on causing Grace harm.'


The book will be free on Amazon on the 7th and 8th December. I've put the links to Amazon Com and UK but if you live elsewhere, click on one of those links and there will be an option to be taken to your own country. It's usually on the top right-hand side of the Amazon page.

I've started to use a new cover designer and I think she's done a great job of this cover : 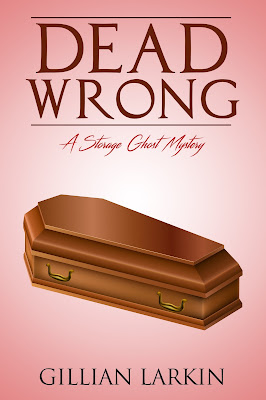