I have published a short mystery under my new pen name and it is now free!


Cassia and her gran are witches. They investigate crime in the supernatural town of Brimstone.

Breccan McCoy turns up at Gran’s door one day to inform her of a murder – his murder. Gran didn’t trust Breccan when he was alive; she trusts him even less now that he’s a ghost. However, Cassia insists they help him as a murderer could be on the loose.

Gran and Cassia head into Brimstone with the ghost of Breccan McCoy at their side. They soon find out Breccan played a nasty trick on a resident before his demise. But was that the only trick he played? 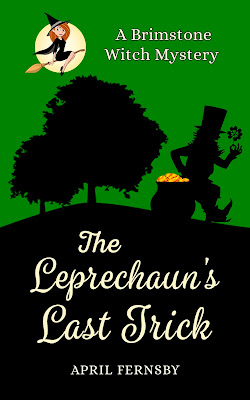